Phase One launches Capture One 11: Improved layer editing, faster performance and much more 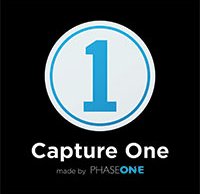 Phase One's RAW conversion and image editing software, Capture One, may have dropped the "Pro" from its name, but the newly-announced version, Capture One 11, adds many new features. Of the new software, Phase One Software Product Manager James Johnson says, "We care deeply about what photographers need. Capture One became known as 'the professionals' choice in imaging software,' precisely because of our unrelenting focus on our customers' needs. We have unique insight, gleaned from years of our own sensor and optics development. Applying that expertise to software makes for a really fantastic photographer experience." What does Capture One 11 bring to the table to improve that experience? Let's take a look.

New Features in Capture One 11

One of the biggest updates to Capture One 11 is vastly improved layer and masking tools. With respect to layers, you can now control the opacity of a layer. Further, all of the tools within Capture One 11, save for the black and white conversion and film grain tools, can be used as local adjustments. This was not the case in prior versions of the software and should open up many new editing possibilities for photographers.

In addition to the improved layer and masking tools and workflow features, Capture One 11 is faster, particularly when you are working with a large library. During a preview press event, we were told that opening the software may be more than twice as fast as prior versions for users with large libraries. Editing speed has been improved as well, although we were not given specific figures.

Color readouts in Capture One 11 can be read in LAB mode. Further, the color tools have been re-engineered. In prior versions of the software, there were occasionally mathematical errors with respect to stacking multiple color adjustments via layers. These issues have been rectified.

For fans of Capture One Styles, these are better implemented in Capture One 11. You can add a "style" as a layer, which means you can adjust the opacity of the style as well, and browsing your Styles is easier than ever with a new interface. A free trial of Capture One 11 is available for download by clicking here.

Stay tuned to Imaging Resource for our full review of Capture One 11. If you'd like to catch up on our earlier thoughts about Capture One, you can read our Capture One Pro 10 Review.