Long journeys and magic moments: How does Sony gear help these Artisans? 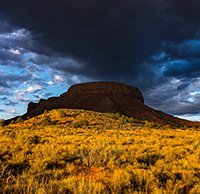 Back in October at Photo Plus in New York, a pair of Sony Artisans took to the stage to discuss their work and how they use Sony equipment to capture and share their artistic vision. The videos from the presentations have just been uploaded to Sony Alpha Universe and they're well worth sharing.

The first video features National Geographic and Sony Artisan photographer Pete McBride. McBride has travelled to over 75 countries on assignment for National Geographic, the Smithsonian, Outside, Esquire, Microsoft, The Nature Conservancy and more.

Over the past year, McBride has walked the entire length of Grand Canyon National Park with his camera gear. In the video below, McBride discusses his Grand Canyon journey and shows off many beautiful images. It's an incredible story and was a very challenging project.

The second video showcases the work of photojournalist Nick Didlick. Didlick is a recent convert to Sony and in the video below, he discusses his switch to the Sony A9 and how it has helped shape his work and allow him to photographic events differently.

He states that having the ability to shoot at 20 frames per second with the A9 has allowed him to capture moments differently and photograph things he wouldn't have otherwise been able to with slower cameras. When shooting at 20 fps, you can capture so many frames that vary perhaps only in tiny ways. For an editorial photographer seeking out a single frame to encapsulate an event, the small variations captured over a large burst at those speeds can make all the difference.