Rumor Rumblings: What will the next Nikon mirrorless camera be like and can it succeed? 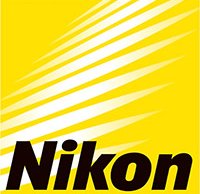 We know that Nikon is working on a mirrorless camera. The company has been on record as saying as much for a while now. Nikon Rumors has posted a rumor about specifications for the new so-called Nikon "Z mount" mirrorless lens mount and it has a very short flange distance of only 16 millimeters and a diameter of 49 millimeters.

Kishore Sawh at SLR Lounge notes that this is pretty close to the Fujifilm X mount, which has a flange distance of 17 millimeters and diameter of 44 millimeters. There have been rumors in the past about Nikon and Fujifilm collaborating or at least being affiliated in Nikon's upcoming mirrorless camera. Sawh continues to argue that it would likely be beneficial to both companies to at least have Nikon's upcoming mirrorless camera be Fuji-adaptable. After all, Nikon would be able to release a camera with access to a lot of excellent lenses right from the start and Fujifilm would be able to sell more lenses. Would this cannibalize Fujifilm camera sales? It's difficult to say, but the pros could outweigh the cons for Fujifilm and Nikon alike.

Personally, I'm not sure if I subscribe to the idea that Nikon and Fujifilm would want to collaborate with each other, but I think it's very important for Nikon to release a mirrorless camera with a short flange distance and ensure that their new mirrorless camera is accepting of adapted lenses. An aspect of Sony's mirrorless cameras which really helped get the E-mount off the ground is that it is easy to adapt lenses to, allowing users to switch from their existing camera to a Sony mirrorless without needing to get rid of all their DSLR lenses. When creating a new mount in particular, there will inevitably be a lot of holes in the lens lineup and allowing users to easily fill these gaps with existing gear is critical in getting converts. Nikon has a lot of pride in their work, as they well should given that they just celebrated their centennial in 2017. They make many amazing cameras, including our most recent Best Overall Camera of the Year, the Nikon D850. It would be fairly surprising to me for them to collaborate with a competitor on a big new product. Although, it is important to note that Nikon and Fujifilm have worked together before. The Fujifilm FinePix S-series of DSLR cameras utilized Nikon F mounts, for example, and were essentially rebranded Nikon camera bodies.

Regardless of whether Nikon collaborates with someone like Fujifilm on their next mirrorless camera or not, Nikon should be keeping a very close eye on its competition. This is something I don't believe they did well enough with their failed Nikon 1 series of mirrorless cameras. Nikon will do well to reflect on that series of cameras while also noting what has made Fujifilm, Olympus, Panasonic and Sony so successful in the mirrorless realm. All four of those companies have mirrorless cameras running the gamut from beginner to professional and have created robust ecosystems. The Nikon J1 was okay for beginners, but the 1 Series of cameras left a lot to be desired for enthusiasts and professionals. It never developed into a full ecosystem.

Nikon must be able to convince people from the start that they are in it for the long haul and that means releasing high-quality cameras and lenses at a fast pace for the first few years. It's a massive investment and Nikon needs to make it successful. While they continue to make amazing DSLRs, there's no doubt that mirrorless is becoming a greater threat to their existing camera lineup and if Nikon wants to be successful for the next 100 years, they need to knock it out of the park with their upcoming mirrorless system.