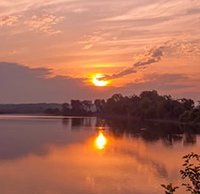 By now, you've likely had some time with the new versions of Adobe Lightroom and Adobe Camera Raw. In case you haven't or you have but still want to learn more about its new features, a new video from Blake Rudis of f64 Academy breaks down the new features in Adobe Camera Raw 2018 10.3.0.933.

One of biggest new changes comes in the form of presets and Profiles. The former have been made active with new preview functionality and can now be organized in folders. The latter is a replacement for camera profiles and have now been given many more creative applications. There are other small changes in the new version of ACR, so be sure to watch Rudis's video below to learn more.