Photo editing: When is it cheating to edit your photos? 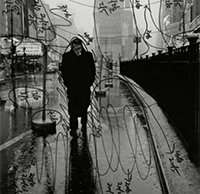 In their latest episode of the Picture This!, podcast, Tony and Chelsea Northrup discuss photo editing. Is it cheating?

This topic comes up a lot. Some people are under the impression that by editing your photos, you are somehow misrepresenting reality or committing a photography foul. It's worth considering that by capturing a photo of something, you are already not perfectly representing it as it exists in reality. You've made a choice with respect to camera settings and optics and these decisions, no matter what they are, affect how something is visually represented.

With that said, there may be some cases when editing a photo in Photoshop may count as cheating or being unethical. For example, if you are removing something from or adding something to an image and then representing it as photojournalism or documentary photography, that's certainly not okay, at least not by most people's standards.

However, when producing photography for art, is there ever such a thing as too much photo editing, at least ethically speaking? It's common to see photographers arguing with one another about what is okay to do with respect to photo editing. It's worth considering, as the Northrups do near the beginning of the video below, that photo editing is not by any stretch of the imagination a new aspect of photography. Photographers have been editing, in some cases very heavily, their photos for a long time, well before the digital age.

Ultimately, I think that context is very important in the discussion of photo editing. I don't want to be reading a news article about an important political event and be presented with heavily-edited photos. Sure, there will always be something missing from the frame and sometimes a still image doesn't capture important moments leading up to and following a specific moment in time, but I don't want objects being added to or removed from the frame I'm seeing. If I am viewing a fine art photographer's work, I don't think there's any limit to what I would consider acceptable editing. There's something to be said about viewing an image which appears realistic insofar as it correlates to how I imagine a scene would appear, but there's also something to be said about a photographer injecting their own emotions and thoughts into an image and editing their images to share their artistic vision. In many cases, a person's approach to editing is what sets their work apart from other photographer's and ultimately, when we are presented with a wider variety of great art, we all win.