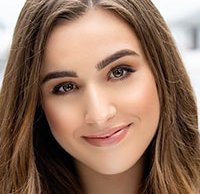 Many of us have heard of the term "portrait prime" to describe a fast lens. Photographers often reach for f/1.4, f/1.8 and f/2 lenses when shooting portraits to capture images with shallow depth of field and dreamy backgrounds. Sony Artisan Miguel Quiles often opts for a stopped down aperture instead, which is an unusual choice. Let's learn more about why this is in Quiles' latest video for Adorama's Breakdown video series.

Selecting your aperture is something which has a massive impact on what your final portraits end up looking like. Miguel is using the Sony 85mm f/1.8 lens and he wants to show us the difference between shooting wide open and stopping down to something like f/5.6 or an f/8. It's often a goal when shooting portraits that you want to blur the background and an easy way to do this is shooting your lens wide open. However, it's very difficult to get a subject's entire face in focus when using a very fast aperture. Sometimes you can't even get both eyes in focus, which can be distracting.

Quiles likes a lot of texture in skin and get more of the face in focus, so he instead stops down his lens. What about a distracting background? There are different things you can do to ensure you still have a lovely, soft background. You can move closer to your subject, you can have your subject further from the background or you can simply choose an area to shoot without a distracting background. There's always going to be a give and take as you balance different considerations, but it's important to realize that you don't have to shoot wide open whenever you capture portraits and in some cases, stopping down can lead to better results.