Mastering contrast is the key to creating images that “pop” 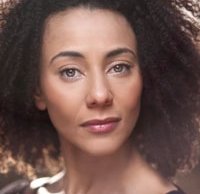 Photos that pop. It's what many of us want from our own images, we want something that jumps off the screen or off the wall. Photographer Sean Tucker is often asked how he creates images that "pop." For him, he believes it often comes down to mastering contrast. In the video below, Tucker outlines five different ways you can add contrast to your images using Photoshop.

A challenge when increasing the contrast of an image is that it can be all too easy to ruin detail, crush your shadows and throw off the color balance of an image. The objective then is to add the correct amount of contrast to the right areas of the image without sacrificing overall image quality. There are some methods of adding contrast you should avoid, including only utilizing a universal contrast slider and sliding it far to the right, excessively adding clarity to make your photos pop and making the same curves adjustments on every shot. It is not the case that the more contrast you add, the more your images will stand out. An image that excels will work because contrast, and other aspects of the image, are controlled and edited with a precise and thoughtful approach.

Tucker's approach is broken down into five layers starting with very fine details and working up to coarser details in the image. You are adding contrast in a precise and methodical way using a framework that will allow you to work with many different types of images. Learn how Tucker adds contrast to his images in the video below.