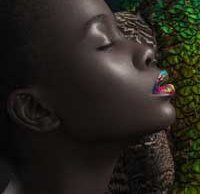 It's been a busy day for Fujifilm shooters. Fujifilm announced the new medium-format GFX 50R and a development announcement for a new 100-megapixel GFX.  The other big news is coming from Phase One as they have announced a strategic software agreement with Fujifilm, opening up the Capture One platform for full Fujifilm RAW processing. This marks a large shift in direction for Phase One, as they will now be officially supporting a non-Phase One medium-format camera system. Speaking about today’s announcement, Phase One’s Vice President of Software Business, Jan Hyldebrandt-Larsen, said, “Phase One has designed Capture One both to inspire photographers and to ensure the best workflow and user experience. We are proud to be working to share with Fujifilm shooters the opportunity to benefit from Capture One’s highly responsive processing engine, unmatched color handling, precision-editing tools, and seamless tethered support.”

To learn more about Capture One Fujifilm, click here. There is a 30-day trial for Capture One Pro Fujifilm available now and you can download Express for free. For non-Fujifilm owners, Capture One 11.3 does not bring a lot of changes, but there is other new camera and lens support. Capture One 11.3 includes support for the Phase One IQ4 digital backs and Sony RX100 Mark Va and RX100 Mark VI cameras. There are also numerous bug fixes for Mac and Windows versions. You can learn more about Capture One Pro here.