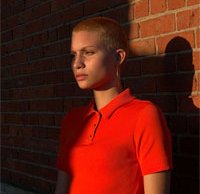 As is the case every autumn, there are new iPhones. This time, Apple has upped its game by releasing not only a revised iPhone XS, but a new iPhone XS Max. The team over at DxOMark, known for reviewing the image quality of not only standalone cameras, but cell phones as well, has published its iPhone XS Max review. How does Apple’s new flagship phone stand up to the competition?

The XS Max is equipped with a new 6.5-inch Super AMOLED display, the biggest Apple has ever sold, but the camera specs don’t feature much new on paper. The phone still has a 12-megapixel sensor and a dual-camera setup with f/1.8 and f/2.4 lenses. The optically-stabilized lenses offer the same specs as last year and nothing is obviously different. However, a camera is more than its physical components, processing and software matter considerably, especially in the case of a cell phone when many people might instantly share an image without performing any of their own edits. Specifically, the iPhone XS Max continuously captures images using a multi-frame buffer at different exposures, which allows for zero shutter lag and HDR processing to occur simultaneously. This is a first for an iPhone and the phone can show you a real-time HDR preview as you are shooting, which is quite nice. There have also been improvements made to Portrait mode, including a new aperture slider you can access when editing images, which allows you to adjust the effect of the background blur. Video features are impressive as well, the iPhone XS Max can shoot 4K video at up to 60 frames per second and Full HD slow-motion video at 240 fps.

You should head over to DxOMark for the full review, but one of the primary takeaways is that with advancements in processing, Apple has improved upon their already very impressive iPhone X last year and have produced a phone with camera capabilities right near the top.

(Via DxOMark, images from Apple)