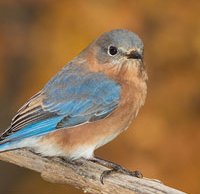 In my Nikon P1000 Field Test, I wanted to test the camera primarily as a nature walk camera. With its 24-3000mm-eq. built-in lens, the P1000 can capture a landscape one minute and zoom in to capture a shot of a small bird the next. It’s an incredible amount of flexibility. Its predecessor, the P900, already offered a ton of zoom (25-2000mm-eq.), but Nikon decided to take the already-extreme even further. Despite the increase in zooming capabilities, the P1000’s lens remains impressive throughout the entire range and, unlike the P900, the P1000 can even capture raw files. While the small 16-megapixel sensor does create some issues at higher ISOs, the raw files still look pretty good and offer a decent amount of flexibility during post-processing.

Regarding higher ISOs, low light is the primary issue for the P1000. Its autofocus system can struggle at times as you extend the lens, especially when there isn’t a lot of available light because the aperture gets quite narrow as you zoom in. The P1000 can focus pretty quickly at times though, so it isn’t all bad news. It can also focus very closely in its macro mode. Despite offering a lot of zoom, the P1000 isn’t exactly an action camera due to somewhat slow overall performance and lackluster continuous autofocus. However, the fact that you can zoom in so far offers you photographic opportunities other cameras cannot, and this has a lot of value.

The P1000 doesn’t just shoot stills, it also has video recording capabilities including 4K/30p video. When you combine its lens, imaging features and nice tilting display, the end result is a camera that is versatile and fun to use. You can read my full impressions of the P1000 in my Nikon P1000 Field Test.