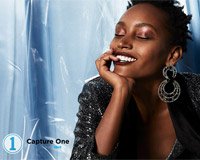 Phase One has announced the immediate release of Capture One 12. The popular photo editing software has received numerous improvements to its workflow and user interface with a focus on streamlining and modernization to the overall user experience and the available editing tools.

Of Capture One 12, VP of Software Business at Phase One, Jan Hyldebrandt-Larsen, says, “Capture One has long been recognized as the industry standard for RAW image editing and image management. With this update, we focused on creative control — updating and improving the user interface, adding powerful new masking tools, and extending the Capture One ecosystem through plug-in support. These updates further our commitment to ensuring that Capture One continues to be the industry’s recognized leader in accuracy, performance, and customizability.”

The redesigned user interface features improved discovery and customizability. Further, the icons have been revised to better convey the functionality of individual tools and the slider has been redesigned. There has also been a change in the spacing of tools and in the font size. Beyond the usability improvements, the Capture One team has also evaluated every menu item in Capture One 12 and improved the organization and grouping of menu items, placing items with other items which perform similar tasks in a photography workflow. Further, they have aligned the menu items on both Mac and Windows. Capture One 12 also features a redesigned keyboard shortcut manager, allowing custom assignment of over 500 individually-assignable commands. Regarding improvements to photo editing, there are three new masking tools available in Capture One 12. Luma Range (luminosity masking), a linear gradient mask and a radial gradient mask. The Luma Range mask is a particularly powerful technique in landscape and high-key portraits because it evaluates an entire image and creates an accurate, detailed mask based on brightness data, eliminating the need to paint a complex mask by hand. To help save photographers time, you can easily copy and paste a luma range mask from one image to another similar shot from a series. Of course, you can also fine-tune the mask at any time. The linear and radial gradient masks are less complex, but potentially just as useful as a luma range mask. The linear gradient mask can be moved, rotated and even be made asymmetric during editing. Using a new Parametric Masking Engine, Capture One 12 allows for size, shape and symmetry adjustments to a mask with simple mouse clicks and key presses. The radial gradient mask is particularly useful for vignette and other falloff effects.

While the Capture One team has been hard at work improving their software, they are also opening it up for third parties to create powerful extensions for Capture One 12 with the release of the new Capture One SDK. The new open ecosystem will allow for plug-ins in a future update as well. Capture One 12 is available now in multiple versions, including Capture One Pro 12, Capture One Pro Sony 12 and Capture One Pro Fujifilm 12. Upgrade pricing starts at $149 and new user pricing ranges from $219 for brand-specific versions to $299 for the full version. You can also subscribe for $14-15 a month. To download the newest version or try it for free for 30 days, click here.