Previous Story 6 things you should always consider when editing your photographs
Next Story Full details of Panasonic’s first full-frame cameras: Come learn about the new Panasonic S1R and S1 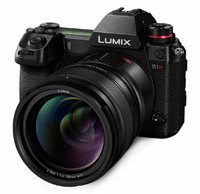 Before getting into the specifics of the three Panasonic L-Mount lenses, it is worth discussing what the L-Mount itself actually is. The L-Mount was developed by Leica Camera AG for autofocus digital cameras and includes APS-C and full-frame lenses. The mount has an inner diameter of 51.6 millimeters and has a 20mm flange distance. In addition to Leica and Panasonic, the newly-formed L-Mount Alliance also includes Sigma. The three companies will be releasing lenses to be mixed and matched among one another's products.

The Lumix S Pro 50mm f/1.4 lens is a large-aperture fixed focal length lens featuring high resolving power and pleasing bokeh. The prime has been designed to meet Leica's high standards and is considered to be the reference lens for the new S1 system. The lens includes 13 elements in 11 groups, including a pair of aspherical elements and a trio of ED lenses. With a double focus system, which combines a linear motor and a stepping motor, the high-precision autofocus system computes at up to 480 frames per second. There's a focus clutch mechanism, which allows for instant AF/MF switching. The lens is dust and splash resistant as well. The S Pro 50mm f/1.4 lens will launch for $2,299 USD. Next up is the Lumix S Pro 70-200mm f/4 O.I.S. telephoto zoom lens. Compatible with the Lumix system's Dual I.S. system, the 70-200mm f/4 lens offers up to six stops of shake correction. Like the 50mm lens, it also features a 480-fps sensor drive rate and a high-precision linear motor. For video users in particular, the lens has also been designed with a mechanism to suppress focus breathing. Regarding the optical construction, the 70-200mm lens has 23 elements in 17 groups, including an aspherical lens and 3 ED lenses. Further, built to pro standards, the lens is weather resistant. The f/4 telephoto zoom will cost $1,699.

The third lens releasing alongside the S1 and S1R cameras is the versatile 24-105mm f/4 Macro O.I.S. zoom lens. The lens offers 0.5x macro shooting via its 0.3-meter close-focusing distance. Like the 70-200mm lens, the 24-105mm is compatible with Dual I.S. and offers up to six stops of image stabilization. The lens includes 16 elements in 13 groups and a pair of aspherical and ED elements. In addition to being available as part of kits with the two new Panasonic cameras, the 24-105mm will also be available separately for $1,299. Looking forward, Panasonic promises at least ten more Lumix S lenses by 2020, with a particular focus on Lumix S Pro lenses. Lumix S Pro lenses are different from S Series lenses because they must be certified by Leica and meet the German company's strict standards. For more on the new Lumix S1 and S1R cameras and L-Mount Alliance lenses, stay tuned to Imaging Resource.