Previous Story Laws of Light: Placing a softbox to achieve the desired portrait results
Next Story Honesty in photography: What counts as deception, lying and cheating in landscape photography? 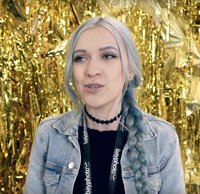 At this year's Wedding and Portrait Photography International (WPPI) show in Las Vegas, Colin Smith of PhotoshopCAFE traveled the floor and caught up with 10 professional photographers. Smith asked each photographer the same two questions (what were the best and worst decisions of their photographic careers) and a wildcard third question.

The 10 photographers Smith quizzed were: Dixie Dixon, Joel Grimes, Erik Valind, Tamara Lackey, Roberto Valenzuela, Joe Edelman, Anya Anti, Renee Robyn, Charles King and Mike Kubeisy. Kicking things off with commercial photographer Erik Valind, his best decision was moving to New York City about eight years ago. This allowed his career to truly take off. His decision to not have equipment insurance lands on the other end of the spectrum. After Valind's equipment was stolen as he made his first attempt at professional photography, he had to take up a second job selling cars to be able to afford to repurchase equipment.

When asked her best decision, Tamara Lackey says it was to learn more about the business side of photography. By learning more about the financial aspects of being a professional photographer, Lackey was able to ensure that she was able to stay in business and continue to pursue her passion. On the other side of it, her worst decision was spreading herself too thin and overfilling her shooting schedule, which inevitably leads to being burnt out. To see the other eight photographers answer Smith's questions, watch the full video below.

Tweet
Comment
Previous Story Laws of Light: Placing a softbox to achieve the desired portrait results
Next Story Honesty in photography: What counts as deception, lying and cheating in landscape photography?