Previous Story To make a sharp landscape image from the foreground to the background, use focus stacking
Next Story Firmware Friday: Updates for Blackmagic cameras, Sigma lenses/converters, Fuji and Olympus software 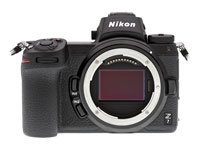 Last week, DxOMark returned to image sensor reviewing with the popular new Nikon Z6 full-frame mirrorless camera. This week, they have followed it up with its higher-megapixel sibling, the Nikon Z7.

Looking first at the Nikon Z6 sensor, it is a 24.5-megapixel backside-illuminated CMOS sensor which includes 273 on-chip phase-detection autofocus points which nearly the entire image sensor. The sensor is paired with Nikon's latest EXPEED 6 processor and offers a native ISO range of 100 to 25,600 (which can be further expanded to 50-204,800).

In DxOMark's review of the Z6 image sensor, the team evaluated the Z6's image sensor using portrait (color depth), landscape (dynamic range) and sports (low-light ISO) scores. Delivering solid marks across the board, the Z6 is "ideal for a wide range of genres, including landscape, studio, portrait, and street, and even editorial photography and news gathering, when all but the highest resolution is required." With its overall score of 95, the Z6 bests the Nikon D600 by a single point, although it falls short of the Sony A7 III by the same margin. Looking specifically at the Z6's 14.3-EV dynamic range, this is 0.4 EV less than the Sony A7 III.

Alongside the Nikon Z6, Nikon also released the Z7, which has a 45.7-megapixel BSI CMOS sensor. This is a significant increase in megapixels over the Z6 and it has a slightly different native ISO range of 64-25,600. The Z7's sensor also has 493 on-chip autofocus points. In many other ways, including their overall design, the two cameras are identical, so their sensors are the major point of differentiation. DxOMark found the Z7's sensor to be very impressive, delivering an overall score of 99. Looking at how the Z7 compares to the Nikon D850, which also features a 45.7-megapixel full-frame image sensor, the two cameras produce very similar results. The D850 achieves an overall score of 100, which places it alongside the Sony A7R III at the top of the full-frame mantle, whereas the Z7 narrowly misses the century mark with a score of 99. In the three categories, Portrait, Landscape and Sports, the Z7 and D850 are neck and neck, although the Z7 is slightly behind the D850 in two of three categories. Of the Z7 being so close, although not identical, in terms of performance to the D850, DxoMark says, "It's interesting that the Nikon Z7's sensor produces results that are similar but not identical to the D850's. It's possible that some of the differences can be attributed to the presence of phase-detection autofocus pixels on the imaging sensor." While not quite as good as the D850's sensor overall, DxOMark still concludes that "The Z7 performs well across the board."

Tweet
Comment
Previous Story To make a sharp landscape image from the foreground to the background, use focus stacking
Next Story Firmware Friday: Updates for Blackmagic cameras, Sigma lenses/converters, Fuji and Olympus software