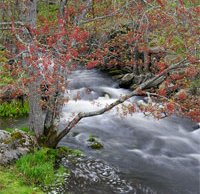 When the Nikon Z6 and Z7 came out last year, they launched alongside the 24-70mm f/4 S kit lens. While this lens is capable and versatile, enthusiast and pro users were left wanting. A 24-70mm f/2.8 lens has long been a staple of a professional kit and a workhorse lens for many, so it was only a matter of time before Nikon launched a native version of such a lens their new Z mount.

Launching this spring, the Nikon Z 24-70mm f/2.8 S Nikkor lens offers many of the features users have come to expect from a 24-70mm f/2.8 zoom, including a weather-sealed design, high-end optical design, and fast autofocus. The new Z-mount version also incorporates new features, such as an OLED information display and a customizable control ring. I recently used the lens on both the Z6 and Z7 cameras and came away impressed. Optically, the 24-70mm f/2.8 S is excellent. It's very sharp wide open across the entire focal length range. Further, it also controls aberrations and distortion well, although it does display a fair bit of vignetting when used at f/2.8. Compared to the Nikon 24-70mm f/4 S lens, the f/2.8 is a significant step up in terms of full-frame sharpness. This improved performance does come with a pretty steep price point, around $2,300 USD. However, for professionals and enthusiasts, the improved light-gathering capabilities of an f/2.8 maximum aperture and excellent image quality is likely worth the price.