The 2019 Adobe Rising Stars of Photography: 10 talented photographers from around the globe 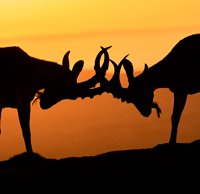 Continuing an annual tradition, Adobe has announced its third list of Rising Stars of Photography, an initiative which highlights the work, careers and stories of up-and-coming photographers from around the world. As Adobe points out, photography is becoming more accessible, especially as smartphone technology becomes more capable, which means that even more new voices are able to be heard. This is, of course, great for society as a whole, but does make Adobe's task of selecting 10 photographers to highlight an even more challenging task.

The selected photographers "range from smartphone photographers to fully geared-up shutterbugs" and come from countries such as the United States, Israel, Netherlands and more. There are portrait, street, fashion, landscape, wildlife, food and fine art photographers, with each talented artist bringing a unique perspective to the table.

In no particular order, the group of 2019 Rising Stars kicks off with portrait and documentary photographer Adriane de Souza from Qatar. She believes that creation is itself inherently valuable, which allows her a certain flexibility while shooting. Next up is Filippo Masoni from Italy. He is a landscape photographer who travels the globe. His love for photography started when he got his first-ever DSLR camera and he hasn't stopped capturing photos since. With a slightly different path to photography, photographer Alexandra Howland was first a fine art painter but she began to feel out of touch with her subjects and wanted to be more actively involved in the world around her. She has since moved to Iraq to examine and photograph areas which she believes are often misrepresented or misunderstood by foreign coverage. In Israel, Ariel Fields turns his camera toward at-risk species, such as the striped hyena. He uses his photography to help educate others about the dangers facing our world and its inhabitants. The next photographer, Guen Fiore in the United Kingdom, first started with photography after enjoying fashion photography she saw on social media. She captures photos of people, focusing on building a connection between herself and her subjects. While visiting California, Ugandan Aaron Kajumba used photography as a way to share his experiences with family back home. Since then, he hasn't stopped capturing images and is now a street photographer. Born in Ethiopia and now living in the United States, Yaphet Woubishet first fell in love with photography while visiting his hometown. His focus is on documentary and street photography, focusing on the colors, chaos and characters he encounters. Another photographer based in the United States, Kelly Stefanski, had originally been studying science, with an interest in human health and the environment. As she became increasingly concerned about our limited natural resources, Stefanski began documenting the world around her. She is now a landscape and wildlife photographer focused on capturing the dynamic relationship between humans and nature. The final American on the list, Byron Brown, is a fashion photographer with a specific interest in fashion portraits. His process centers around spending a lot of time with subjects and trying to get them to relax and feel more comfortable in front of the camera. Last but certainly not least is Dutch photographer Kamile Kave. She had been working for a multinational company but her love of food and photography made her start her own career as a food photographer. Her style is to capture food in action, such as dripping honey or pouring coffee, aiming to invoke a sense of taste and smell within her viewer. To learn more about Adobe's Rising Stars of Photography and to see additional images, click here. Further, over the next few weeks, Adobe will be highlighting the work of the selected 10 photographers on the Lightroom Instagram page.