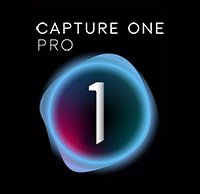 Capture One has announced the latest version of its flagship photo editing software, Capture One 21. The new release doubles down on the strengths of Capture One, including its powerful Color Editor, while expanding the overall feature set and delivering improved performance.

'Capture One 21 bridges our heritage to the future, carrying forward the achievements of our team and the creative community we are inspired by,' says Jan Hyldebrandt-Larsen, VP Product Management, CPO at Capture One. 'We understand that art and tastes don't stop evolving, so we provide performance that won't stop advancing. We are very excited about Capture One 21 and look forward to seeing what photographers create with it, and to embrace new generations of creatives.'

In terms of improved workflow and performance, the new Speed Edit feature aims to greatly speed up the image editing process itself. By using your input of choice, such as a mouse, trackpad or tablet, you can interact with editing sliders without using the software's user interface itself. A Speed Edit key is a user-assigned key that controls a specific adjustment. You specify a key to control exposure, another key for contrast, etc. When holding down a Speed Edit key, you slide using your selected input to adjust the image. For example, you can increase exposure by holding down the Speed Edit key for Exposure and moving your cursor. This allows you to perform image edits even in full screen viewing mode, and you can batch edit using Speed Edit as well. Speed Edit keys will not disrupt any existing hot key assignments, as Speed Edit requires you to hold a key down, rather than simply press it. Capture One 21 promises improved import and faster asset management. When importing images, users have access to better selection tools, high-resolution thumbnails and faster importing. You can also now import images from different folders at once, which is a big workflow improvement compared to previous versions of Capture One. Although Capture One is hesitant to assign specific performance numbers, as it depends upon the user's machine, Capture One 21 promises faster photo browsing in addition to file importing improvements.

Capture One 21 includes a new Dehaze slider. While this slider has existed in competing software, it marks the first time a dedicated Dehaze tool is in Capture One. The team at Capture One has worked hard to make Dehaze better than existing tools, including the use of 'deep analytic algorithms' to assess and automatically adjust contrast, saturation and other editing parameters to remove haze while maintaining consistent color and tone. If you don't like the look of the automatically generated shadow tone, you can select a custom one as well. Dehaze also works as part of an adjustment layer, allowing localized use of Dehaze – or even adding haze – when editing an image. Speaking of selective editing, in Capture One 21, you can easily change the size, hardness, opacity and flow of any brush by using modifiers keys and a mouse, keyboard or tablet. This removes the need to right click, further speeding up and simplifying the workflow and editing process.

To help new and experienced users alike improve their editing and experience with Capture One 21, the new version includes Enhanced Tooltips. When you hover over a tool, Capture One 21 provides a quick explanation of how the tool works and offers links for further learning. Some tools also include a link to a tutorial video. A new 'Learn' button in the software offers a curated selection of step-by-step tutorials as well, directly from the software itself.

Capture One 21 adds support for 8-bit HEIC files, allowing you to edit images captured using an Apple device in Capture One. For the first time, Capture One will also support tethering capabilities for select Leica cameras. Capture One's lab in Copenhagen has been hard at work developing individual profiles for a growing list of Leica cameras. On topic of individual profiles, Capture One 21 includes new ProStandard profiles. ProStandard delivers 'the most authentic colors yet' thanks to a new color science. The new camera profiles 'overcome the challenge of unwanted color shifts while making adjustments' and it protects hues from color changes that can arise when adjusting contrast. Capture One promises that it's a game changer for portrait and product photography, and generally any kind of image reliant on authentic, consistent color. To learn more about Capture One 21, including various purchasing options, click here. You can also download a full featured 30-day free trial.