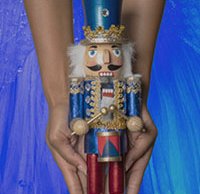 COVID-19 has led to 2020 being a uniquely challenging, difficult and strange year for all of us. It has also given technology ample opportunity to help us adapt. In the arts, where togetherness and proximity are often important, we have had to try to remotely capture some of the communal spirit. Take for example holiday shows and events. Annually in Memphis, Tennessee, Ballet Memphis hosts its rendition of The Nutcracker at the Orpheum Theatre. Amid the pandemic, the show which usually hosts thousands of guests over a series of nights has been forced to go remote and record the show. Gear was needed, of course, and the team at Lensrentals was ready to help. Ballet Memphis has since published its performance for all to view online for free. The production was filmed over a period of a week, which is a bit longer than it might typically take due to COVID-19 restrictions. Limited people were allowed on set, rapid tests were administered, and temperatures were monitored daily. Lensrentals is pleased to note that with the careful precautions followed, everyone remained healthy when working on the production.

While The Nutcracker was being filmed, Ryan Hill and Julian Harper from Lensrentals filmed some behind the scenes footage of the production and interviewed members of the cast and crew. You can watch the behind the scenes video below.

The Nutcracker is available to watch for free by visiting Ballet Memphis. The Tchaikovsky score was performed by the Memphis Symphony Orchestra. For additional information about the production and the important role Lensrentals played, check out the article at Lensrentals.