At the widest end of its range, the Canon 18-135mm produced about two stops of image stabilization, including a reasonable number of sharp shots with IS on at 18mm from 1/8 to 1/2 second; this is fairly impressive performance, but a bit shy of the promised 4 stops of improvement. 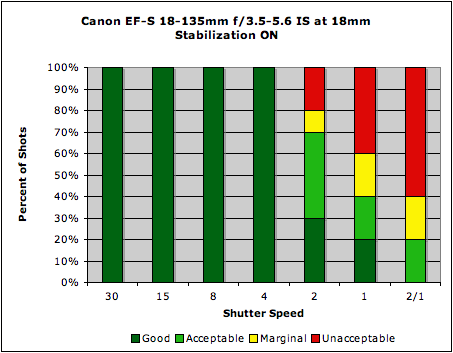 At 135mm, the lens again produces about 3.5 stops of image stabilization, which is where Canon has probably found its marketing information. The stabilization is most noteworthy at the 1/60, 1/30 and 1/15 second points, where there is some quite remarkable performance. 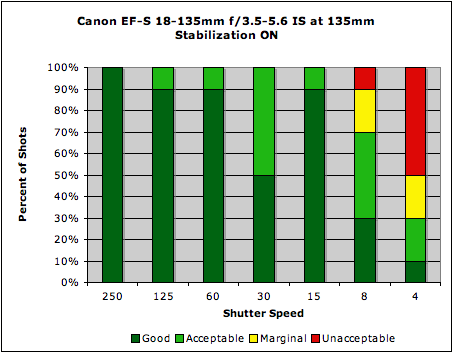