At the 18mm end, We saw some decrease in ultimate sharpness at higher shutter speeds, with 50% of our shots at 18mm and 1/125 second falling into the Acceptable ranking vs "Good." We got one each (out of ten shots) ranked Acceptable and Marginal at 1/60 second, and two shots ranked Acceptable at 1/30. Hand-held, all our shots were Good down to 1/15 second. Where the IS really shone was at shutter speeds fo 1/8 and 1/4 second, where all (1/8s) or most (1/4s) of the shots were Good, with only one shot dipping to Acceptable at 1/4 second. 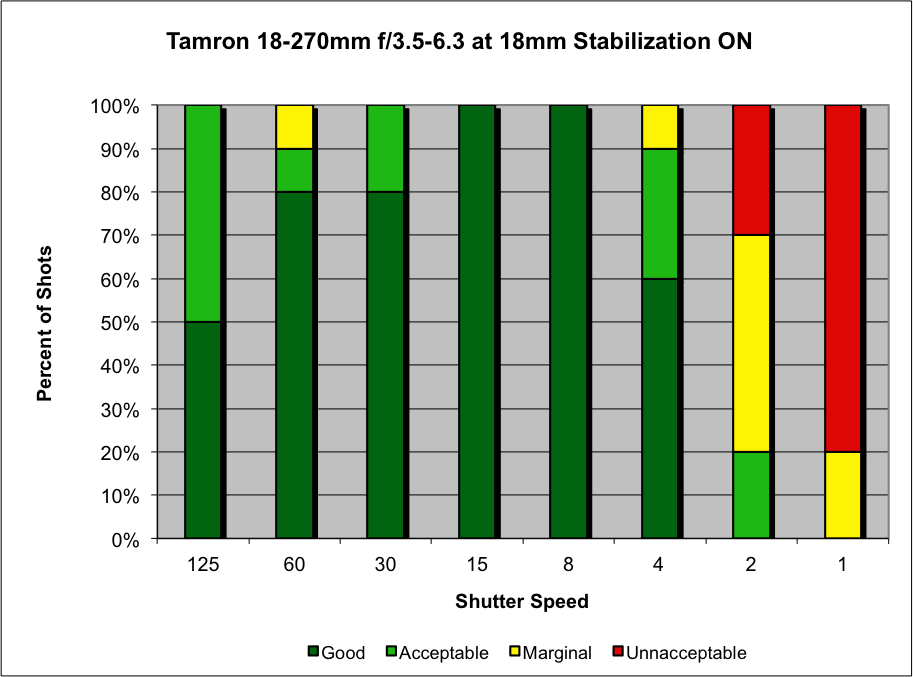 At 200mm, results here were frankly less than we'd expected, because we've seen reports from other organizations claiming very good IS performance for this lens. To make sure we weren't seeing a fluke, we requested a second copy and tested it very carefully. Results with the second copy were slightly better, but the net improvement from IS off to IS on was only a stop to a stop and a half. 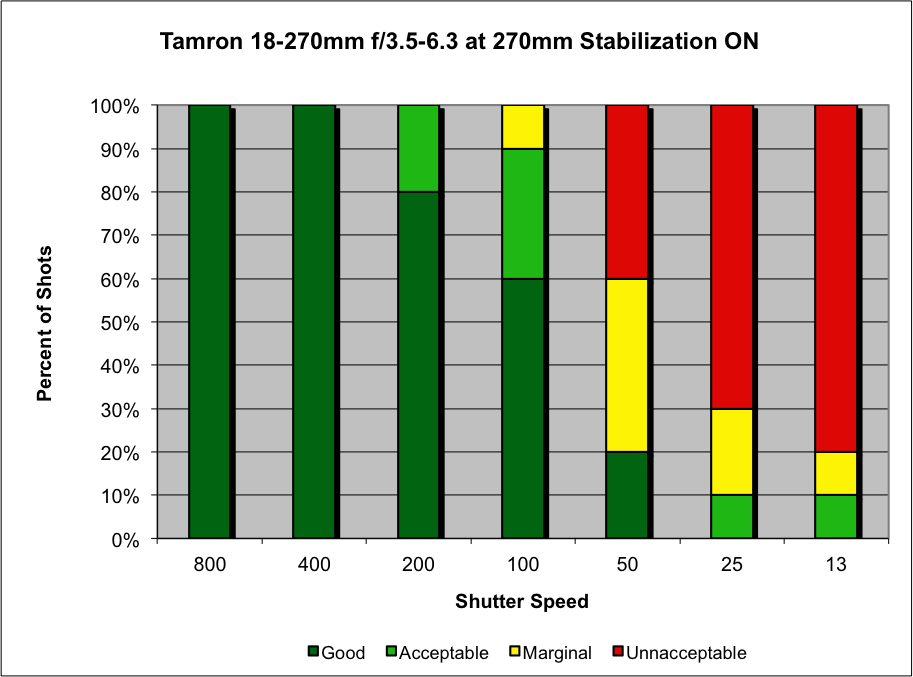 So how is it that others have so effusively praised this lens' IS performance? We think there are two possibilities. There's always the chance that we got two lenses with problematic IS systems, but that seems pretty unlikely, as they were both very new-looking stock, with no evidence of any damage or rough handling. What's more likely the case is that the lens performs better for people who are unsteady shooters to begin with. Lead lens tech Rob (who does all our IS tests) is a very steady shooter, as witness that 40% of his hand-held shots at 270mm had Good sharpness when shooting at 1/100 second on our 7D test body. That's a really slow shutter speed for hand-held shooting at that focal length. (With the 7D's 1.6x crop factor, 270mm equates to a full-frame equivalent focal length of 432mm.) We've found in the past that some IS systems provide much more benefit to very shaky shooters than they do for very steady ones. It's possible that the Tamron 18-270mm f/3.5-6.3 VC PZD is one such.

The good news is we're pretty confident that any photographer will see at least a one f-stop improvement in shake reduction with this lens at 270mm. There's a good chance that shaky shooters will find even more improvement.