Previous Story Maximize your depth of field using the hyperfocal distance
Next Story Does the Loch Ness Monster have a brother on Titan? The Ligeia Mare Mystery surfaces, then disappears

Why are old portraits so grim? 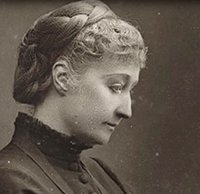 Have you ever noticed that people rarely smiled in old photographs from the late 19th and early 20th centuries? Vox discusses several theories for why this is in a newly-published video.

The first explanation as to why is that the exposure times were simply too long for people to be able to reliably hold a smile. It is much easier to maintain a serious or neutral expression for a long time than it is to smile and sit still. The first Daguerrotype in 1838 was probably a 10- to 15-minute exposure, for example.

However, technology advanced rapidly and split-second exposures were possible by the 1870s. There were serious expressions in portraits after this, so long exposure times is probably not the best explanation.

Consider instead what photographs, portaits in particular, meant to people. We've had photographs for a long time now, so it is difficult to imagine, but back in the 1800s people's references for portraits were paintings. Paintings take a lot of work to create, they're expensive, and they're unique, so they were a more serious occasion than getting photographed.

To illustrate this mentality, Vox brings up a quote from the late author and humorist Mark Twain, "I think a photograph is a most important document, and there is nothing more damning to go down to posterity than a silly, foolish smile caught and fixed forever." Portrait of Mark Twain captured by Mathew Brady in 1871.
This image is in the United States Public Domain.

It is not as though nobody ever smiled in portraits, however, it was just not common. Photography became more commonplace as technology improved and cameras became more affordable, and over time smiles returned to the majority of portraits.

Ultimately, old portraits often look so grim not due to long exposures, but instead because of aesthetics rooted in painted portraiture.

Tweet
Comment
Previous Story Maximize your depth of field using the hyperfocal distance
Next Story Does the Loch Ness Monster have a brother on Titan? The Ligeia Mare Mystery surfaces, then disappears