Previous Story Smarter and non-destructive: Dodging and burning made easy with Jimmy McIntyre
Next Story Keep your cool: PrimaLuceLab’s modified Nikon D5500a Cooled is ready to capture the night sky 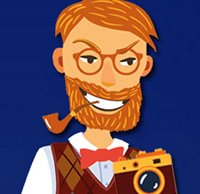 It is not unusual for photographers to seek a critique of their work. It's an important part of the learning process, and one that usually helps everyone involved improve their work. However, typically we go to other people for criticism. Regaind, a company whose API utilizes artificial intelligence to analyze and sort images, wants you instead to defer to the judgement of artificial intelligence. Not just any AI though: This one is named Keegan, and he wants to be your new photo coach.

By uploading an image here, you can get instant feedback on your photography. In addition to a score on a scale of 1-10, with 10 being the best, Keegan also makes note of the strengths and weaknesses of your image. After uploading ten images, I saw a wide range of feedback, including compliments on colors and composition and critiques on the use of negative space.

Where artificial intelligences typically comes up short is in accurately identifying uncommon subjects. A star trails image, for example, proved hard for Keegan to grasp whereas a test shot from our Phase One XF 100 gallery was easy to identify, although apparently lacking nonetheless. Keegan isn't the next great art critic, but I was impressed when Keegan commented about the background blur in one of my images. Keegan awarded this Phase One XF 100 test shot a 6.9 out of 10, remarking that it is "a solid image" and that subject placement was "nailed."

I'm far from convinced that Keegan is a suitable substitute for a human when it comes to photo criticism and helping you to improve your craft, but it is nonetheless an entertaining diversion and one that might make you think about certain aspects of your photography a little differently.

If you'd like to see what Keegan has to say about your own images, head here and start uploading. To learn more about the work that Regaind is doing, be sure to visit their site.