Previous Story Kamerar’s new ZOOM lens kit for iPhone 7 Plus makes the dual-lens camera even more versatile
Next Story Are you tired of bad results from your pop-up flash? Then go blow up a balloon!

A wish list for photographers: Be creative, shoot more photos and stop with the lazy processing 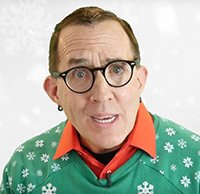 We have written about photographer Joe Edelman previously for his excellent video tutorials and now he has made a new kind of video, a holiday wish list for photographers. In this video, Edelman lists a variety of things he hopes that his viewers at least try in 2017.

First up in his wish list for all of us, Edelman hopes that we will not be zombie photographers next year. What is a zombie photographer? Someone who sees a video or reads an article from a photographer whose work they admire and they get dead-set on doing everything the same way as they saw. Whether this means running out and buying the same gear as someone else or changing an entire workflow to match someone else, Edelman argues that this leads to many issues, the biggest of which is a lack of soul. This lack of a soul leads to a loss of creativity, Edelman continues. “My wish for you, think for yourself.”

His second wish is for photographers to take more photos. Practice makes perfect and the best way to practice your craft and acquire new skills is simply to go out and shoot. There’s no substitute for time spent behind the camera. To see the rest of the wish list, check out the video below.

Make sure to watch the last few minutes of the video to hear about the top 10 things Edelman hopes go away in 2017, including partial color, HDR, people bragging about not editing their images and much more.

Tweet
Comment
Previous Story Kamerar’s new ZOOM lens kit for iPhone 7 Plus makes the dual-lens camera even more versatile
Next Story Are you tired of bad results from your pop-up flash? Then go blow up a balloon!