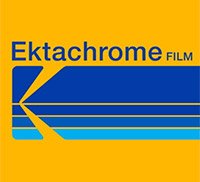 In an unexpected move at the Consumer Electronics Show (the “electronics” part of the name makes the news even more surprising), Kodak announced that Kodak Ektachrome 100 is coming back. Ektachrome was originally discontinued back in 2012 due to stagnating sales, but later this year, it’ll be back. The transparency film will support 135-36x camera formats.

Of the film, Kodak says it “has a distinctive look that was the choice for generations of photographers before being discontinued in 2012. The film, known for its extremely fine grain, clean colors, great tones and contrasts, became iconic in no small part due to the extensive use of slide film by the National Geographic Magazine over several decades.” This sentiment was shared by photographers well before the film’s discontinuation, so what has changed for Kodak to want to bring it back? “Resurgence in the popularity of analog photography has created a demand for new and old film products alike.”

Kodak Ektachrome is distinct due to its being a color positive film, which is also known as reversal, slide or transparency film. This means that Ektachrome “generates a positive image that can be viewed or projected once it is exposed and processed,” unlike negative films. Photographers thought that something of value was lost in 2012, and now Kodak agrees.

To help better understand the significance of Kodak’s revival of Ektachrome film, read this remembrance piece by Chris Gampat, The Phoblographer, that was posted just over one year before the resuscitation of Ektachrome. And to celebrate its return, here’s a video by Gampat discussing the announcement with exclusive details from a meeting with Kodak.

In the spirit of Kodak Ektachrome’s return to production and into the hands of analog photographers everywhere later this year, we have selected a few images shot with Kodak Ektachrome to share with you all. Bettina Le Beau, 1963, by Horace Ward. Used under the Creative Commons Attribution-Share Alike 3.0 Unported license. This image has been resized. Tom Lysiak (left) celebrates a goal with Atlanta Flames teammates in a game with the Colorado Rockies in 1978 by Rick Dikeman. Image is in the public domain. Apollo 7, Lunar Module Pilot, R. Walter Cunningham working inside the Command Module in 1968. Image in the public domain through NASA. The Taj Mahal, by Amal Mongia, 2007. This image is available under CC Share-Alike 2.0 license. This image has been resized.