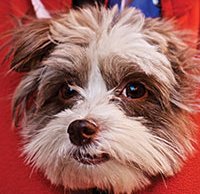 Do you love New York City, the city so nice they named it twice? Nikon does and they’re showing it with their new “Love Letters” campaign. The campaign starts with “Love Letters from the N Line,” which focuses on the well-known N Line that traverses three of New York City’s boroughs and carries nine million passengers each month to 45 stations, including stops at Times Square, Union Square and Coney Island.

Nikon not only wants to showcase images captured with Nikon digital cameras and NIKKOR lenses, but wants New Yorkers to share their love of New York through social media using the “#NikonLoveNY” hashtag. Tagged images will be shown off on a dedicated website. “Through these Love Letters, we hope to encourage consumers to pick up a camera and share the love they have for their city through stunning imagery. We are excited to kick off the campaign in New York, and see New Yorkers’ perspectives of all of the extraordinary things that make the city they love so special.” If you ride the N line this spring, you should notice Nikon’s billboards, posters and other displays. The advertising will feature images layered with love letters, “offering commuters visually dynamic messages as captured by Nikon cameras and NIKKOR lenses.” This campaign follows on the heels of last year’s “Show Your Love Some Love” campaign and takes place during Nikon’s historic centennial year. Started in 1917, Nikon has “cultivated its status as a pioneer of optical technologies around the world,” over the last century. Readers, if you see any evidence of Nikon’s latest campaign popping up in New York City along any of the N line’s biggest landmarks, let us know in the comments below.