Previous Story Guide to buying and selling used gear online: Getting great deals while staying safe
Next Story Lens selection, light and weather, patience and much more covered in this wildlife photography tutorial 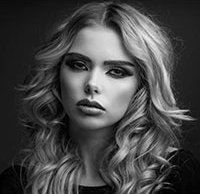 Jay P. Morgan of The Slanted Lens has been making a “Laws of Light” video series, which you can see more of here. He has published the latest video in the series and the focus this time is on creating dimension and texture using light. After all, an image isn’t three dimensional, but we want to make it look like it has depth.

Looking at texture and dimension requires that we understand camera view, the perspective of the camera to the subject. When you have lights closer to camera view, there is less dimension and depth. In other words, the closer your light is to camera view, the flatter the resulting light on the subject will be. This is easy to fix by simply moving your light further from the camera. Morgan notes that a lot of photographers move their lights from 0 to 45 degrees from camera view because it’s easy and it can achieve good results. But what if you move it further? “Something magical happens,” says Morgan.

When using a single light from a dramatic angle, you can use a reflector or a second light to bring some detail back into the shadows. You need to be careful when using a second light, however, as you don’t want to end up with two key lights and two sets of shadows, which looks unnatural. A reflector in lieu of a secondary light is always a safe choice for maintaining a natural look.

To learn about creating texture using light, watch the video below. (Via ISO 1200)

To learn more about different kinds of light and dimension, portrait photographer Nathan Elson offers a neat behind the scenes look at him shooting a variety of portraits, using a single Profoto studio light and also relying on natural light. If you are curious what camera gear Nathan was using on this shoot, he was shooting with a Fuji X-Pro2 and XF 56mm f/1.2 lens. Also, if you want to learn more about the custom presets that he uses to edit his images in Lightroom, click here.