Previous Story Is Affinity working on a Lightroom competitor? Chances are looking very good
Next Story The Canon 5D series versus the Nikon D800 series battling it out in our May photo contest! 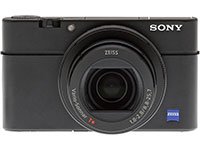 It’s a Sony-centric start to the week. Today’s Shutter Release features news of a new 20-megapixel sensor from Sony, an interesting look at all the native 50mm (and one 55mm) lenses available for Sony E mount, an interview with Joe McNally, a behind the scenes video of unique wrestling portraits and a hands-on review of the new Sony A9 with adapted Canon telephoto lenses. For the uninitiated, Shutter Release is an ongoing series in which we share interesting photography articles and videos from around the web and give you a short summary. There’s a lot of great content out there and Shutter Release is our way of giving you access to more news than ever before.

Sony has announced a new 1-inch type sensor with 20.48 effective megapixels. The CMOS sensor has been designed to offer less rolling shutter thanks to its all-pixel global reset function. The sensor is designed to record 4K (4096 x 2160) video at up to 60 frames per second and is backside-illuminated. Further, the sensor can output 12-bit full-resolution images at readout speeds approaching 22 frames per second. This sensor sounds perfect for the next version of Sony’s venerable RX100 series. For the full list of specs, see here.

Let’s keep the Sony train rolling. If you have ever wondered how many 50mm lenses are available for Sony E mount, wonder no more. Sony Alpha Rumors has compiled an image showing them all off. It’s an impressive assortment spanning many manufacturers. It’s always interesting to hear from professional photographers. Joe McNally is a professional photographer and educator whose career has led him to nearly 70 countries and included high-profile clients such as FedEx, Sony, ESPN, Adidas and many more. PetaPixel’s very interesting interview includes a discussion on Joe’s past, career path and a variety of specific projects.

Photographer James Weber regularly uses the wet plate collodion photographic process for his portraiture. He recently used his camera gear, which dates back to the 19th century, to capture portraits of modern WWE wrestling superstars. Wrestling fan or not, it’s always neat to see the wet plate process in action. You can see some of the portraits Weber captured here.

Dan Watson put the Sony A9 to the test with a pair of Canon lenses, a 300mm f/2.8 and 400mm f/2.8. The Sony A9 is exciting many photographers – and for good reason – but the native lens telephoto lens selection is a bit lacking. The new Sony 100-400mm lens is amazing - look for my Field Test of it in the coming weeks – but for photographers looking for something faster, there is not a lot to choose from. To learn how the A9 did with the Canon primes adapted with a Metabones adapter, check out Dan’s video below.

Tweet
Comment
Previous Story Is Affinity working on a Lightroom competitor? Chances are looking very good
Next Story The Canon 5D series versus the Nikon D800 series battling it out in our May photo contest!