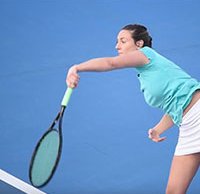 Earlier today, Nikon introduced their first full-frame lens with their recent AF-P autofocus technology, the Nikkor 70-300mm f/4.5-5.6E ED VR AF-P. This lens joins a variety of other AF-P zoom lenses, including 10-20mm, 18-55mm and a DX format 70-300mm lens. Not only is the new 70-300mm AF-P VR lens the first full-frame optic in Nikon's lineup with AF-P autofocus, it is also the first AF-P lens to include Nikon's electromagnetic diaphragm. Let's take a quick look at these two technologies and learn what advantages they provide compared to AF-S autofocus and Nikon's "G" lenses, which do not possess an electromagnetic diaphragm.

Looking first at AF-P, what does this stand for? The AF-P designation means that a lens uses a pulse motor, hence the "P." The pulse motor relies on stepping motors to move elements inside the lens to achieve focus. This is in contrast to AF-S lenses, which use Nikon's Silent Wave Motor (SWM) and rely on rotational energy to focus a lens's optics. What the AF-P autofocus system means in terms of real-world use is not only faster autofocus, but much quieter autofocus, as is demonstrated in our own video below, which compares the AF-P 18-55mm kit lens, Nikon's first AF-P lens which was announced about a year and a half ago, to the previous AF-S version.

The autofocus performance is faster, quieter and more accurate. We expect that these three benefits will be found in the new AF-P 70-300mm E lens as well. Speaking of "E" lens, what does this mean? E-type Nikkor lenses use an electromagnetic diaphragm for more accurate and consistent control over the aperture diaphragm when using automatic exposure during continuous shooting, such as when recording video or shooting at high frame rates. In contrast to G or D type Nikkor lenses, which rely on mechanical control over the aperture, photographers will see more consistent brightness during video and bursts with E type lenses, all else equal.

With both an AF-P autofocus system and the electromagnetic diaphragm, the new updated Nikon 70-300mm lens is absolutely designed with video in mind. Not only does the AF-P autofocus promise faster, quieter autofocusing, but it also allows for full-time manual focus override. Nikon Asia released a video shot entirely with the new AF-P 70-300mm E lens, which you can view below.

It can be confusing to keep track of all the different Nikon lens designations, but it's important to understand the AF-P and E models in particular, as they are sure to be appearing in many upcoming Nikon lenses. As mentioned earlier, the new 70-300mm AF-P lens marks the first full-frame lens to employ the AF-P technology, so it will be very interesting to see which other full-frame lenses might utilize the stepping motor autofocus system. It is worth considering that not only is the new 70-300mm lens the first full-frame optic with AF-P, but it is also the longest lens (tied with the DX 70-300mm AF-P lens released earlier this year).

At Photokina 2016, we talked about AF-P technology with Nikon's Masahiko Inoue. In the interview, Inoue mentioned that stepping motors, like those used in AF-P lenses, struggle to generate enough torque for big telephoto lenses, so it will be interesting to see if a 300mm full-frame lens is the longest we will see employing an AF-P system.