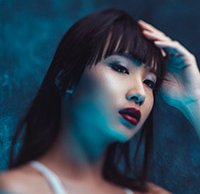 On this first day of September, let's kick off your weekend - a holiday weekend for our American readers - with a good variety of info. In today's Shutter Release roundup, we will look at a story of a Swiss photographer stealing work for a photo contest, an overview of different Lensbaby effects, a Lightroom workflow tutorial, a video showcasing the image stabilization in Canon's newest 85mm lens and a cool interview with a National Geographic photographer and cinematographer.

As DIY Photography points out, it feels like there's been a lot of controversy with photography competitions lately. People are staging scenes, passing off domesticated animals as wildlife, adding elements, etc. I'm sure it has been going on for a long time, but with so many eagle-eyed viewers on the internet, people are getting busted left and right.

A Swiss photographer, Madeleine Josephine Fierz, entered the same image in two different competitions and won first and second prizes, which amounted to over $3,000 in winnings. The image is very nice, there's no doubt about that. However, it's not her image. Thai photographer Sasin Tipchai is the true photographer and Fierz stole the images from an image sharing site before claiming them as her own. Fortunately, Tipchai saw the images and reported the theft. Fierz has since been stripped of her awards. You can learn more about this situation here. London-based fashion and portrait photographer Jake Hicks has compared different Lensbaby lenses against a pair of standard 50mm and 85mm portrait prime lenses. The five Lensbaby lenses tested are the Sweet 50, Edge 80, Twist 60, Velvet 56 and Velvet 85. It's neat to see not only the different portrait shots but also distortion charts compared. Check out the comparison shots here.

Are you getting the most out of Adobe Lightroom? Photographer Joe Allam breaks down his photo import workflow below.

Canon's latest 85mm f/1.4L IS USM was announced earlier this week, and we have a new video to share with you to help show off what its image stabilization does and how it works.

Photographer and cinematographer Renan Ozturk is one busy guy. He's a North Face athlete, National Geographic Adventurer of the Year, a painter, cinematographer, filmmaker, photographer and more. Fstoppers talked with him about his career and work and it's a great read, so go check it out. You can see one of Ozturk's videos below.