Aurora HDR 2018 now available for preorder: We go hands-on with the software ahead of its release 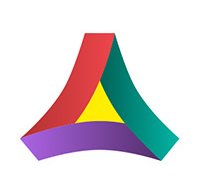 After announcing Aurora HDR 2018 earlier this summer, Macphun has shared that the new HDR software is available for preorder now. For the first time in Aurora's history, it's available on Windows in addition to Mac and new users can preorder Aurora HDR 2018 for $89. Current users can upgrade at a special price of $49.

Aurora HDR 2018 has been co-developed with professional photographer Trey Ratcliff, who is well-known for his HDR photography. Some of the big new features in Aurora HDR 2018 include a completely redesigned user interface, new tools and speed improvements.

Macphun Vice President Kevin La Rue says of Aurora HDR 2018, "The original Aurora HDR quickly became the industry standard for HDR photo editing on Mac and the new version is even more innovative and powerful than its predecessors. With Aurora HDR 2018, we've introduced the next generation of tone mapping for superior natural results, plus long-awaited lens correction and transform tools that allow users to create perfect HDR images." Regarding the new tone mapping algorithm, it has been specifically developed to create more realistic images. When combining multiple exposures, the algorithm analyzes each image separately, detecting dark and light zones, and then adjusting the level of detail independently. Another addition is the HDR Enhance Filter, which is a single slider for adding details and clarity, adjusting colors and contrast without creating halo artifacts.

I've had the opportunity to go hands-on with Aurora HDR 2018 and not only is the software noticeably faster than its predecessor, but the new tone mapping algorithm is very good, delivering excellent starting results that look as natural as any HDR images I've seen. Further, when working on one of Apple's new Touch Bar equipped MacBook Pros, Aurora HDR 2018 has Touch Bar functionality, including dedicated buttons on the Touch Bar for comparing before and after images and hiding/showing aspects of the user interface. Stay tuned for a full review of Aurora HDR 2018 when the final production release is available. You can preorder Aurora HDR 2018 now ahead of its September 27 release on Mac and Windows. For customers who preorder, you will receive four bonuses, including: a Trey Ratcliff Deep Dive video, additional presets by Ratcliff, a Matt Granger video with a travel photography tutorial and a 3-month Zenfolio Pro website including a free business consultation.