RAW Power for iOS: Powerful RAW processing in the palm of your hand 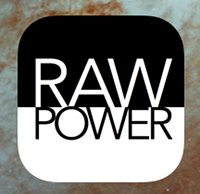 You may recall the Mac app, RAW Power, which we reviewed earlier this year. The application was developed by Gentlemen Coders, which was founded by Nik Bhatt, a former Senior Director of Engineering at Apple and the former Chief Technical Officer of the Apple Photo Apps group. Bhatt and his team has announced the release of RAW Power for iOS devices.

The new app, which is free and available now, takes all the RAW image editing capabilities of the Mac app and transports it to your iPhone or iPad, so long as your device is running iOS 11. The software leverages Apple's RAW Engine to decode and process RAW files from compatible devices on your iOS device.

Of the new app, Nik Bhatt says, "We constantly hear from photographers how much they want to edit the RAW images in their iOS or iCloud photo libraries using the kind of advanced tools they are accustomed to using on the desktop. Using our deep experience with Apple's RAW Engine, we have created a powerful, easy-to-use editing app that seamlessly integrates with the built-in Photo apps on iOS and Mac, allowing iOS users to keep their images in iCloud and maximizing integration with the Apple ecosystem."

The Photo Library control and iCloud integration is a big aspect of RAW Power for iOS. The application has full access to your Photos through the application's home screen and allows you to create your own albums and has iCloud connectivity. If you make a change to a photo stored on iCloud on your desktop, the edited image will pop up on your iOS device running RAW Power and vice versa. It is more than syncing that connects RAW Power on Mac to the new iOS version, but all the editing and RAW processing tools found on the desktop version are also available on the iOS version. RAW Processing includes eight sliders and even full-fledged curves adjustments including individual channels adjustments. While the app and all basic editing is available for free, to utilize curves and white balance adjustments, in addition to the special Depth Effect which allows you to customize the portrait effect on images captured with Apple's dual-camera iPhones, you must purchase the Advanced Adjustment Pack. This pack costs only $9.99 and it's a one-time in-app purchase.

I have had the chance to go hands-on with the software ahead of its release and it works as advertised. It is quite impressive to be able to process a RAW file from the Fujifilm GFX 50S on my iPhone. Not only can it be done, but the app works well and most adjustments are quick. You can zoom in to 800% within the app, although this is not quite as quick as making basic slider adjustments. RAW Power not only offers RAW processing in the palm of your hands, but the software's organizational features are a strong point too. There's a new album called "Recents," which shows you any image you viewed for more than a few seconds or edited. You can view, create, delete and rename albums and sort your images by date, sharing and favorite images. The app includes an Inspector, which lets you check metadata for your images too.

As I mentioned, all the basic editing and organization features are available for free, although if you want full RAW processing, you should definitely consider the in-app purchase.