RAW versus JPEG, Round 2: When should you shoot JPEG instead of RAW? 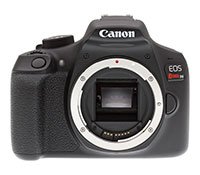 If you're buying a new camera this holiday season, one of the first settings you might want to change on the camera is to switch your image format from JPEG to RAW or RAW+JPEG. There are many good reasons to shoot RAW files and there are good reasons to shoot JPEG as well. They are different file formats with their own pros and cons.

Although it seems as simple as choosing the right format for the task at hand, the RAW versus JPEG debate refuses to die and the discussions can at times become heated. Not long ago, Tony and Chelsea Northrup made a video, which can be seen below, that discussed different situations in which a photographer might want to shoot JPEG instead of RAW and vice versa. We shared the video when it came out and nothing about the video struck me as controversial. In fact, I thought they did a great job of summing up different reasons for choosing one file format over the other. The video laid out different ways to identify your own shooting style and needs and then make a file format decision accordingly.

Jared Polin, better known as Fro Knows Photo, took issue with some of what Northrup said in his video and made a video about it. I don't want to get too embroiled in any of the ongoing controversy, so I will simply link Polin's video below and you can make your own judgements.

In response, Northrup made another video further discussing the RAW versus JPEG debate and explaining the points in his original video with which Polin took issue.

There's really no doubt that there are some situations in which it makes sense for various photographers to sometimes shoot JPEG files. Telling beginners to always shoot RAW images no matter what and in every situation is bad idea. Not everyone has the money for a lot of storage and not everyone can afford a high-end camera which can continuously shoot a lot of RAW images.

(Via Tony and Chelsea Northrup)