Digital versus film: Is there still a place in photography for film and can digital ever best analog? 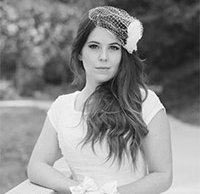 It's 2018, but here we are, comparing film and digital. Can you tell the difference between the two? Which one looks better? This time the comparison is being done by Jay P. Morgan and The Slanted Lens. Morgan and company create great video tutorials, but they sometimes look specifically at camera gear as well.

In the video below, the camera representing "digital" is the Nikon D850, which is a fantastic full-frame DSLR. In the film corner, there are a couple combatants. A Hasselblad 500CM and Pentax 645N Mark II. Kodak film was used as well. It's worth noting that both film cameras are medium-format cameras whereas the D850 is a full-frame camera.

It was the case years ago that film had a leg up on digital. Film offered sharper, more detailed images, a wider dynamic range, better tonal ranges. That was a while ago and many pros have long since switched to digital. However, there remains an ardent base of photographers who continue to use film. Why? Some say there's a special quality and look to film that digital cannot replicate.

As you can tell, sometimes it's easy to tell the film and digital images apart, sometimes it's not. Personally, I have no nostalgic connection to film as I've only been a digital shooter, so I don't see the advantages of film outweighing the cons. Paying for every frame may serve as a motivator to slow down and carefully consider every shot, but you can do that with digital too even if you aren't being forced as you are with film. Sensor technology has come so far and digital cameras have many bells and whistles that film cameras don't have and I can't imagine giving up a digital camera in favor of shooting film.

However, film does offer a different process and I can see the appeal of sometimes shooting with film for fun. Sometimes there does seem to be a special quality to a film photograph that is difficult, if not impossible, to fully replicate with digital. There are also large-format film photographers, such as Ben Horne, who capture rich, detailed landscapes that even the best digital cameras might struggle to fully represent (save for the large medium format digital cameras which cost more than many new cars). It's clear to me then that for some photographers there is still a place for film even if I don't see myself ever eschewing digital in favor of analog.

Readers, what do you think about digital versus film? Do you still shoot film and if so, why? Let us know in the comments below.

(Via The Slanted Lens)