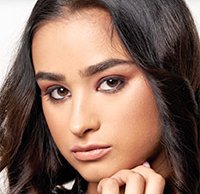 Portrait photographer and Sony Artisan Miguel Quiles has been a very busy man. He recently visited with Tony & Chelsea Northrup to offer portraiture tips for their viewers. He also produced a new video with Adorama about what he carries in his camera bag.

In the first video below, Quiles delivers general portrait photography tips, including how to be a confident photographer and interact with your model, and he shows off how you can get amazing images using only a single light. For photographers dipping their toes into portraiture and lighting, the idea of a multi-light setup can be daunting, let alone expensive, so being able to get great results with only one light and some modifiers is particularly interesting.

Quiles' first tip is to work confidently throughout the entire photoshoot. You need to present yourself as a confident professional, even if you're new to it. It's okay to be anxious or scared inside, but when working with others, you must present yourself in a confident way. Similarly, it's important to not only instill confidence in your model or subject, but also to talk with them regularly. You're working together and that means you should have an open discourse on what you're doing, what you want and if they're a client, what they want too. Everything goes so much smoother when everyone is comfortable. Be encouraging, especially if someone isn't a professional model.

Another tip from Quiles regards posing, which is always a tricky subject to tackle. He recommends "Jedi posing." What does this mean? He never wants to touch a subject as professionalism is key, so he directs using his own body and hands and encourages his subject to mimic him. It's low-key and fun, which is typically the ideal way to interact during a shoot. To see the rest of his tips, watch the video below.

Now that we have seen a ton of great portraiture and lighting tips from Quiles, let's take a look with Adorama at what he carries in his camera bag. The video below is part of Quiles' ongoing Adorama video series, The Breakdown.

Miguel is a Sony Artisan, so it should be no surprise that his backpack is full of Sony cameras and lenses. What about the bag itself? The backpack is from Think Tank Photo and it's their latest Airport Security V3, which costs over $400 and has a ton of awesome features. What gear do we find in the bag itself? Find out in the video below.

(Via Tony and Chelsea Northrup and Adorama)