Previous Story Firmware Friday: Sony A9 reinvented by major update; news from Blackmagic, Canon and Panasonic too
Next Story Mastin Labs brings its popular Kodak film emulations to Capture One 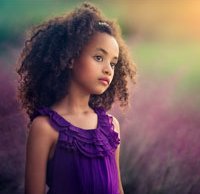 The update, which is free to all Exposure X4 owners, is highlighted by the new LUT support. LUT stands for lookup table and you can download them from the internet and import them into Exposure, which will allow you to quickly achieve striking looks for your images. You can then combine the use of a lookup table with Exposure's standard suite of editing and layering tools.

Another major improvement comes in the form of a redesigned Copy Photos from Card function. This allows you to see visual previews of images from the source location, in this case the memory card from your camera, and then quickly select the images you want to copy to your computer. There are also flexible source and destination options available. This eliminates the import process and allows you to start working on your images as soon as the copying process begins. Here we see the new LUT functionality within Exposure X4.5

Keyboard shortcuts allow you to save a lot of time while navigating, organizing and editing your images. Exposure X4.5 allows for configurable shortcuts and even offers a Lightroom shortcut preset, which will help users migrate from Exposure to Lightroom by retaining familiar shortcuts.

Additional new features include moveable light leak overlays, new categories of lens flare and haze, a full view of collections, new camera support, new photo sizing options during exporting, new keyboard shortcuts and more. Of Exposure X4.5, Alien Skin CEO Finley Lee says, "Exposure X4.5 delivers features that are among the most requested by our customers and that make Exposure an even more powerful and complete editing and organizing solution." As mentioned, owners of Exposure X4 can download the X4.5 update for free right now. For new users, Exposure X4.5 is available for $119 or as an upgrade from pre-X4 versions of Exposure for $79. In addition to being a standalone software, Exposure X4.5 can also work as a plugin tool for Adobe Photoshop and Adobe Lightroom Classic CC.