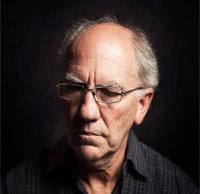 Over the past year, photographer Sean Tucker has been building up his portrait lighting kit to be powerful and portable. His kit comprises numerous strobes and accessories. In the video below, Tucker discusses the lights in his kit.

Whereas in the past, Tucker relied on big, heavy lights, he has since pivoted toward smaller and lighter solutions. He has used Bowens lights, which required an outlet to use. He's also used Alien Bee lights, which can be powered using large battery packs. The primary light in his current kit is the Godox AD200, which is a $300 self-contained wireless flash. The AD200 is small and light enough such that Tucker can simply put it inside his regular camera bag, rather than carry a separate bag just for lighting equipment.

However, with a smaller light, you also have less power. This raises the question, can Tucker use the AD200 to create great on-the-go portraits in various lighting conditions? He explores this question in the video below.