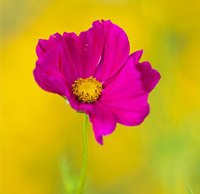 Considering first the camera body. Despite being a mirrorless camera, the S1R is quite large and heavy. For some users, this may be a negative, but for me, I really like the S1R's design. It feels heavy-duty and offers a lot of space for physical controls and easy-to-reach buttons. The camera is comfortable to hold and is very functional, with an articulated display and a large, high-res OLED EVF. Inside the S1R is an impressive new 47.3-megapixel full-frame image sensor. This sensor offers a native ISO range of 100-25,600 but can be extended to 50-51,200. Across much of its native ISO range, the S1R delivers excellent image quality with good resolution, color and tonality. Further, the camera's raw files are very flexible and offer good dynamic range. Alongside the image sensor is Panasonic's newest Venus Engine image processor. The imaging pipeline can record full-size images with continuous autofocus at up to 6 frames per second, although it can shoot at 9 fps when using fixed focus. Further, like other Panasonic cameras, the S1R offers 4K Photo and 6K Photo modes, offering up to 60 fps and 30 fps shooting speeds respectively at lower resolutions. To read more about the Panasonic S1R's design and imaging performance, as well as my impressions of the contrast-detect autofocus system and the 4K video features, head over to my Panasonic S1R Field Test. To see how the S1R did in our laboratory testing, click here.