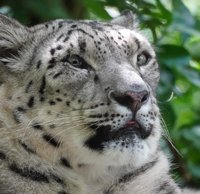 Earlier this week in New York, Sony announced a pair of new 24.2-megapixel APS-C mirrorless cameras, the Sony A6600 and A6100. We were on the scene for the announcement and were able to go hands-on with Sony's new flagship APS-C camera, the A6600. While we work on writing our full previews for the two new cameras, we wanted to share some of our real-world shots captured with the A6600. To check out what the Sony A6600 can do in a variety of situations, including in low light and when photographing people, vibrant colors and animals with lots of fine detail, head to our Sony A6600 Gallery. For more about the Sony A6600 and the entry-level A6100, stay tuned to Imaging Resource and check back next week for our previews and more hands-on impressions.