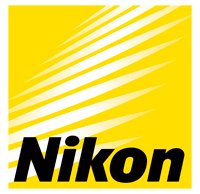 The DSLR is far from dead. Much like Nikon did ahead of fully unveiling the professional-grade D5 DSLR camera, the Japanese company has announced the development of the Nikon D6 DSLR. Details are scarce and we don't have any specific information regarding features or release date. With that said, Nikon has stated that the D6 will be their "most advanced DSLR to date." Further, to add context to the D-series of professional DSLR cameras, 2019 marks the 20th anniversary of the single-digit D series of cameras.

In another anniversary for Nikon, 2019 marks the 60th anniversary of the Nikon F mount and, in addition to announcing the development of the D6, Nikon has also announced that the company is working on an AF-S Nikkor 120-300mm f/2.8E FL ED SR VR telephoto zoom lens. This lens is being developed with professional photography in mind and Nikon considers the lens to be a prime option for sports photographers in particular. Considering the 120-300mm f/2.8 telephoto zoom lens, there really isn't anything like it in Nikon's existing lineup, so it will be an all-new offering. The company does, of course, make a 70-200mm f/2.8 zoom lens and a 300mm f/2.8 telephoto prime. Sigma currently makes a 120-300mm f/2.8 DG OS HSM Sports lens, including in a Nikon mount, so it will be very interesting to see how the new Nikon lens will compare to the Sigma in terms of performance and price.

Regarding the impending Nikon D6 camera, it is worth considering some of the D5's primary features. The D5 is built around a 20.8-megapixel full-frame image sensor which can capture full-resolution images with autofocus at over 12 frames per second. The camera is equipped with Nikon's EXPEED 5 image processor, includes 153 autofocus points and can record 4K UHD video at up to 30 fps. The camera has an impressive ISO range that natively goes to 102,400 but can be expanded further to 3,280,000. At its release in 2016, the D5 impressed us greatly in terms of usability and overall performance. Nikon has set the bar high for the D6 and the company is facing greater pressure from mirrorless alternatives, including their own Z series cameras, than ever before. Readers, what would you like to see in the Nikon D6? Further, what do you think of the announcement for the 120-300mm f/2.8 telephoto zoom lens? Let us know in the comments below!

(It's certainly starting to get close to time for the 2020 Olympics in Tokyo, and these two offerings certainly have sports photography clearly in mind!)