(From Sigma lens literature) The Sigma Corporation is pleased to announce the launch of the new Macro 70mm f/2.8 EX DG lens. This medium telephoto macro lens is ideal for both digital SLR cameras and 35mm film SLR cameras. The 70mm focal length gives an equivalent field of view as our popular 105mm macro lens when used on digital SLR cameras with an APS-C size image sensor.

The design of this lens makes it suitable for taking pictures in all situations from infinity to 1:1 macro, both with natural light conditions or flash.

A "Focus Limiter Switch" in incorporated on the lens, improving the speed and accuracy of autofocus by limiting the focus range. A screw-in lens hood is included for convenient use of circular polarizing filters.

* Nikon and Pentax mount lens do not have an aperture ring, therefore depending on Camera model some functions may not work.

Test Notes
Medium focal length macro-focusing primes are often the sharpest lenses in a manufacturer's lineup. The Sigma 70mm f/2.8 EX DG Macro certainly follows this trend, being one of the sharpest lenses we've tested to date. Read on for all the details!

Sharpness
As noted, this is a very sharp lens. Even at its maximum aperture of f/2.8, it's sharp from corner to corner of the frame, the sharpness increasing only slightly as you stop down. Things stay wonderfully sharp as you continue to close the aperture, diffraction limiting first being detectable in the DxO-generated results as early as f/8, but probably not even faintly detectable in real-world images until f/16.

Chromatic Aberration
Chromatic aberration is well on the low side of average across the aperture range, increasing very slightly at f/22.

Shading ("Vignetting")
Shading is very low, hitting a maximum of about 1/4 EV at f/2.8, but decreasing to undetectable levels at f/4 and higher.

AF Operation
As is common with most macro lenses, AF operation is smooth, but far from fast. The enormous range of focal distances this lens covers (combined with somewhat sluggish gearing) means that it can take two and a half to three seconds for the lens to slew from closest focus to infinity. A focus limit switch restricts focusing to distances of 1.75 feet or greater though, and this reduces worst-case AF time to a second or less.

Macro
Likewise as you'd expect, the Sigma 70mm f/2.8 is a superb macro performer. On our 20D body, the minimum image frame was 21.5mm at a focal distance of about 71mm from the front element of the lens.

Build Quality and Handling
This is a well-built, solid-feeling lens, although there was a little play between the moving and stationary barrel elements. The manual focus ring operated very smoothly, and as just noted above, had plenty of travel.

This is very much an external-focusing lens, as the barrel extends fully 57mm in going from infinity to closest focus. The front element doesn't rotate during focusing, something we always like to see, as it makes the lens well-suited for use with polarizers, graduated ND filters or other front-element filters that may be sensitive to rotation. It has a pleasant heft without feeling bulky, and balanced well on our Canon 20D and 5D test bodies.

Canon EF-S 60mm f/2.8 Macro USM ~$360-499
As it's an EF-S lens, we don't have test data for the Canon 60mm f/2.8 Macro on a full-frame body. On our 20D test body though, the Canon loses out to the Sigma on multiple fronts. It's not as sharp, particularly at f/2.8, and its chromatic aberration is somewhat higher as well. Geometric distortion is similar between the two lenses, but the Canon's shading performance is worse by a factor of two from f/2.8-f/4.0. (The Canon's shading is also higher at f/5.6 and above, but is so low in absolute terms that it's not worth discussing.) Overall, the Sigma 70mm f/2.8 is the stronger performer here.

Canon EF 100mm f/2.8 Macro USM ~$480
Apart from its longer focal length and somewhat higher price, the Canon 100mm f/2.8 macro and the Sigma 70mm f/2.8 macro could be twins of each other. both are very sharp, the Sigma just barely edging the Canon in our DxO-derived data, but to such a small extent that the difference almost certainly won't be discernible by human eyes. Shading is very close, the Canon holding a very slight edge. Distortion is a little different though, the Canon showing very low barrel, the Sigma a bit higher pincushion. Overall, close to a tossup between the two. Given the price differential, the Sigma's a bit of a better bargain though.

Nikon 105mm f/2.8G IF-ED AF-S VR Micro ~$735-899
As we've said elsewhere, we lament the passing of the non-VR version of this lens, as it was an excellent optic at an affordable price. The VR version is very good as well, but the price paid for the VR feature gives us a little pause. (Still though, VR can be very helpful when hand-holding close-in macro shots of little bugs and beasties.) While the Nikon 105mm f/2.8 VR is an excellent lens though, it doesn't match the Sigma 70mm f/2.8 for sharpness. It gets close, with the aperture closed down a couple of stops, but never quite catches the Sigma. The Nikon does have somewhat lower chromatic aberration, and edges the Tamron on geometric distortion, while the Tamron has slightly lower shading at maximum aperture. If you need VR for macro shooting on the Nikon platform, the 105mm f/2.8 VR Nikkor is the only way to go. If you can get by without the VR (or just can't afford it), the Sigma again represents an unbeatable bargain.

Tamron 90mm f/2.8 Di Macro 1:1 SP AF ~$340-490
The Tamron 90mm f/2.8 Di Macro is a great lens, but the Sigma 70mm f/2.8 beats it handily in the sharpness department, particularly in sharpness uniformity at f/2.8. The Sigma also edges out the Tamron in CA performance, but the two lenses are almost a tie in Shading, and Tamron wins by a nose in geometric distortion. It'd be close to a tossup between these two lenses, were it not for the Sigma's superior sharpness.

Summary
By any measure, the Sigma 70mm f/2.8 is a superb macro lens, offering exceptional optical performance and good build quality at an excellent price. It outperforms anything in its price/focal length bracket by anything from a narrow to a wide margin, and represents one of the best bargains in a high-quality, medium focal length macro lens on the market today. Highly recommended!

To see the sample shots from this lens captured with this lens on our Canon EOS-20D and EOS-5D test bodies, just click on either of the thumbnails below, and scroll as needed in the window that appears. 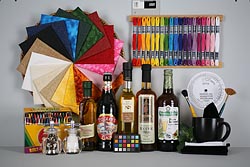 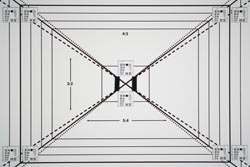 There's really not a lot to say on the full-frame side that we didn't already cover with the sub-frame writeup. Amazingly, the Sigma 70mm f/2.8 Macro is almost as flat corner to corner on the full-frame 5D as it was on the sub-frame 20D. You can just barely make out the slightest lift in the f/2.8 blur plot in the corners, but the change there is well below the level perceptible to humans. Chromatic aberration is even lower than on the 20D, thanks to the 5D's larger pixels. As you'd expect, shading is somewhat greater with a larger sensor, reading just over 1/2 EV at f/2.8, dropping to about 0.2 EV at f/4, and generally hovering in the vicinity of 1/10 EV across the rest of the aperture range. Geometric distortion is also a little higher, at about 0.2% pincushion around the very edges.

Bottom line, this is a superb macro lens, whether you're shooting on a full-frame or sub-frame camera. Highly recommended!