With front element replacement costs increasing, is it time to use a UV filter? 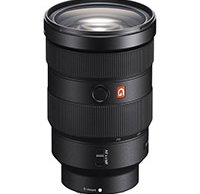 Few topics rile people up as much as whether to use a protective filter on lenses. There have been numerous articles written on the topic and more arguments on internet forums than you could shake a stick at. Roger Cicala at LensRentals has written about the topic a few times (here, here and here) but wants to address the issue again.

His general conclusion in previous articles was that it wasn’t worth using a UV filter in most cases for a wide variety of reasons. Suppose that you spent $2,000 on a very nice lens. You spend that premium to get excellent image quality, yes? It therefore doesn’t make much sense to degrade image quality to protect your lens from damage that is generally unlikely to occur in most situations. Especially not when you could replace the front element for not much more money than a high-end UV filter (the only kind you should put in front of your lens if image quality is a concern to you). However, the cost to benefit analysis isn’t as clear-cut as it used to be because it is becoming increasingly expensive to replace front elements of lenses. If you shoot using most Sony FE lenses, you need to replace an entire optical group rather than a single element, meaning repair costs can quickly eclipse US$1,000. For a Nikon 24-120mm lens, which costs around $1,100 brand-new, a new front element is over a quarter of the cost of the lens. Other lenses, even less expensive ones, are more regularly seeing their front element costs make up a third or more of the total cost of the lens.

With that said, should you use a UV filter? For Roger's full revised take on the matter, check out his article here. Generally though, his answer remains the same, it is not necessarily worth using a UV filter. But there may now be more situations where it makes sense to put a (very good) UV filter on the front of your lens, moreso than was the case only a few years ago. It wouldn’t be a LensRentals article without some excellent charts, and Roger has shared MTF charts for the Canon 50mm f/1.2 lens with and without a high-quality UV filter. You should go check those charts out.