Previous Story Creating photos out of thin air: Team of researchers develop AI capable of translating paintings to photos
Next Story Utilizing city lights: How to shoot portraits at night without extra gear 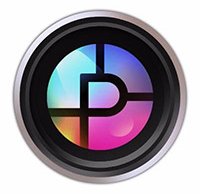 MacOS photo editor Picktorial launched in early 2016 before being updated to version 2 that summer. The affordable and powerful RAW editor has now reached a new milestone, version 3. For owners of the first two versions, the new update is totally free, by the way. Taking a look at the improved local adjustments features, they’re very impressive. The new tools are accessible through the Retouch > Tone menu and allow you to customize your selection for localized adjustment through the use of luminosity masks and color masks, which are both powerful and precise tools. You can select the blend mode for your selection as well, with options such as "overlay" and "multiply."

The histogram has seen a lot of improvement with Picktorial 3. The new live histogram is always active, even when making local adjustments, gradients and brushes. It is highly detailed and responsive.

A new duo of clipping indicators, like you get in Lightroom, have been added to Picktorial. You can hide or show these indicators by clicking on the histogram.

In my review of the first version of Picktorial, I remarked that I enjoyed the clean user interface. With Picktorial 3, the interface remains clean and offers users more functionality and information than ever before. There’s a new dedicated panel for presets, a dedicated panel for metadata and a new history panel. Considering Picktorial offers a non-destructive workflow, the addition of the history panel is fantastic.

Picktorial 3 should also be of particular interest to Fujifilm shooters. X-Trans sensors historically have rather underwhelming support within third-party software, but Picktorial 3 supports X-Trans cameras including raw RAF files in addition to auto lens correction based on the embedded metadata.

Frequency separation is an oft-used tool by portrait retouchers for smoothing skin, but it can be daunting for beginners. Picktorial has frequency separation built in. By brushing the area you want to smooth, you can control the amount of separation using a slider in the adjustment panel.

I’ve had a pre-release version of Picktorial 3 for about a week now and have been experimenting with the software. It feels faster than previous versions of the software despite the addition of many new features and the new customized local adjustments work very well. The software already felt powerful for the price, but the development team continues to improve the functionality to compare favorably with the more expensive competition.

The addition of the history tab is one of my favorite improvements. While the software can sometimes be slow to go from history state to history state when working with large files, it adds a lot of flexibility to the software. Similarly, the new clipping indicators in the live histogram proved very useful.

In the roughly one year since Picktorial launched, the software has continually improved. It's not perfect -- no software is -- but it is priced well and offers a lot of functionality for photographers looking for a great, clean all-in-one photo editor. I look forward to seeing what additional improvements will be made to Picktorial down the road, because the ones added in version 3 are great.

If you want to try Picktorial 3 for yourself, you can download a free trial here. The software is also available for US$40 for a limited time, which is a savings of $30 off its regular price. Note: I received a pre-release version of Picktorial 3 from the developer before its official release. No other compensation was received.