Shutter Release: A lying “conflict photographer” gets caught up in his web of lies and much more news 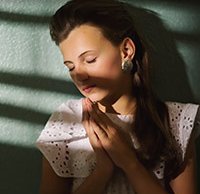 Shutter Release is an ongoing roundup feature here at Imaging Resource where we summarize and share interesting photography content from around the web. Today's assortment of stories includes how to capture great shots with a boring background, a look at a new product from Broncolor, tips for removing bags under the eyes using Photoshop, seven ways to unlock creativity and we will finish with a story about a fake war photographer.

How to get great shots with a boring background - DIY Photography

Boring backgrounds can make for boring photos, so how do you deal with the issue? Photographer Svitlana Vronska has a neat tip for you involving casting customized shadows on your background. Check it out in action below.

Swiss lighting company Broncolor has launched a new flash light shaper, the Litepipe P. The Litepipe P can be assembled in under a minute and its centerpiece is a tube-shaped diffuser, which can be rolled up for easy transport. Check it out below.

Frank Doorhof has a new video in which he shows you how to remove bags under the eyes using Photoshop. This is a very useful skill for all portrait photographers, so be sure to give it a watch.

Photographer Alfonso Calero has written a nice article for Fstoppers in which he shares seven ways you can unlock your creativity as a photographer. It's normal to go through lulls with your work where you feel a bit uninspired, but there are always ways to jumpstart your photography. Starting a project is a great way to get more creative. Another way is to change your perspective and try your hand at shooting familiar subjects in a new way. To see other ways to be more creativity, read Calero's article.

With the advent of Photoshop, it has seemed like photojournalism has been wrought with more lies and nonsense than ever before. Brazilian Eduardo Martins has now made the situation even worse. As he is reportedly in hiding in Australia, the photojournalism world is still unraveling more of his lies.

BBC Brazil has published a report following an investigation by Mariana Sanches, Natasha Ribeiro and Luis Barrucho. The findings suggest that Martins stole images from a variety of actual conflict photographers, including American photographer Daniel C. Britt, and edited them to make them harder to reverse search. Martins then sold the stolen photos as his own.

Martins had claimed not only to be in conflict zones as a photographer, but also claimed to be performing humanitarian work. As the investigation into Martins unfolded, it was quickly discovered that nobody knew who he was and thus the lies became exposed, one after another. Martins and his stolen work is being quickly pulled from many news publications. There was even an exhibition being planned in Brazil to showcase "his" work. It's a fascinating story and one which calls into question how much vetting of Martins and his work took place.

Conflict photographers regularly put their lives on the line to capture images from horrific regions throughout the world. With Martins on the run and having deleted his social media, we may never know where he was or what Martins was actually doing during his long con, but for him to steal the work of people who risk their lives to share information is despicable. Read more about this story here and here.