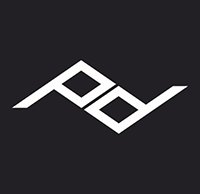 Peak Design has been around the block with crowdfunding campaigns, having successfully run a few of them. They have recently launched a new five-day campaign on Kickstarter to sell some revised versions of their most popular products, including straps and camera clips.

The Kickstarter campaign includes new Capture V3 clips, all-new Slide and Slide Lite camera straps and their Pro Pad. Pledging $35 or more gets you a Slide Lite, $50 earns backers the Slide, $55 will get you a Capture V3 and $70 gets the Capture V3 plus the Pro Pad. For backers who want all three, you can get the "Trifecta Lite" for $105 and the "Trifecta" for $120.

To learn more about the new products, head over to the Kickstarter page. The campaign has already quadrupled its goal and has only three days left, so you have to hurry. The products are scheduled to be delivered in December, making these excellent holiday gift ideas.