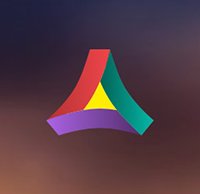 Apple has announced its most popular and best Mac apps of 2017 and Macphun - soon to be Skylum - has been awarded Best Mac App of 2017 by Apple for their Aurora HDR 2018 software.

Of the recognition, Macphun/Skylum CEO Alex Tsepko says, "When you have a goal, you have to live, dream and breathe this goal 24/7! With Aurora HDR we set out to bring photographers the best software for high dynamic range (HDR) image editing. The 'Best of the Year' recognition by Apple has hit us by surprise, but has showed that we are moving in the right direction. This is a big honor for all of the team. We'll continue to work hard to achieve our big goal - to make Aurora HDR the standard of HDR image editing for all photographers, without any compromises."

Aurora HDR 2018 was co-developed alongside professional photographer Trey Ratcliff and has become a very popular HDR software choice for over 3 million photographers since it was released in November 2015. In the 2018 version of the software, Macphun/Skylum has added new tone mapping, an enhanced RAW editing engine, improved color accuracy and more. For more information about Aurora HDR 2018, click here. Congratulations to Macphun/Skylum for the big honor!