Previous Story The ultimate guide to seascape photography
Next Story WPPI has released their extensive list of seminars, classes, and photo walks for 2018’s show

RAW images: There’s a lot more than meets the eye every time you view and edit a RAW file 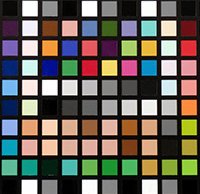 Many photographers shoot RAW, but how many of us really understand what's going on with a RAW file. If you open the same JPEG file across any number of image editors, it will look the same, all else equal. If you do the same thing with a RAW file, for example suppose you open in Adobe Lightroom, Capture One, Luminar, or any number of other RAW editors, the image may look different each time. Why is that?

Ted Forbes of The Art of Photography wanted to understand RAW images better so he opened the same shot in Lightroom and Capture One and there were some very interesting differences. Using a Sony A6300, Forbes took a sample image of a pumpkin and opened it in both RAW editors and the differences are dramatic with respect to color tones in particular.

What is going on? When you have a RAW image file, you are recording more data and you will have a lot more flexibility during post-processing. However, there is a lot more to a RAW file than that. The camera is writing data to your memory card when you capture an image. While you may see an image on your camera's display, ultimately, the RAW file is purely data. There are three things you need to convert that RAW image data into a viewable image. You need the data, software to read and process that data and settings. When you bring up a settings dialog box, such as what you see in sliders in Lightroom or Capture One, a neutral setting of zero is not necessarily equal across different processors.

RAW editors include algorithms which are written to process and convert your RAW data into a viewable, editable image file. In many cases, a RAW image file includes proprietary information that only a camera manufacturer has access to, so coders for different companies have to develop ways to develop the raw data into images. Different algorithms will result in different RAW conversions. In Adobe, this algorithmic process is referred to as "Camera Calibration," for example. A team of software engineers writes the camera calibration files for each camera model. Engineers may approach calibration differently.

Forbes had the opportunity to speak with an engineer at Phase One and he learned a lot about this calibration process. At Phase One, the engineers capture around 7,000 images with each camera they support and then compare calibrated RAW files against how they actually see their subjects. There is very much a human element to the algorithm development process. The goal at Phase One is to create camera calibrations that result in RAW files, when opened in Capture One, that look natural to the human eye.

It's clear that there is a lot more than meets the eye with RAW files. It's obvious when editing RAW images that you have access to much more data and you have more flexibility during processing, but it's not always evident how much human interpretation and thought has gone on behind the scenes when you actually view a converted RAW image file.

(Via The Art of Photography)