Previous Story From the kitchen to the great outdoors: Adorama releases a pair of new “Through the Lens” episodes
Next Story Firmware Friday: Better AF for Sigma 30mm f/1.4, feature-packed updates for Panasonic video cams 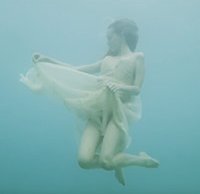 We've discussed the Sony RX0 before and gone hands-on with it at various Sony events. The RX0 essentially takes the guts from a Sony RX100 and puts them an in an ultra-compact waterproof/shockproof cube. The camera is designed to be used as part of an array to create incredible video footage.

An example of the camera's prowess for video is shown off below in a new video, "ETHER," for Sony Alpha Universe and shot by Sony Artisan of Imagery Jeff Berlin. You can also scroll down further to see a behind-the-scenes video of "ETHER."