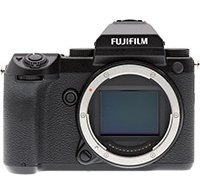 Fujifilm has released two new firmware updates for their medium-format Fujifilm GFX system. In addition to update version 3.0 for the camera itself, which will be detailed below, Fujifilm has released update 1.1 for the Fujifilm H Mount Adapter G. Further, the Tether Plugin Pro for Adobe Lightroom Classic CC has been updated to version 1.8.

Now on to the biggest announcement, version 3.0 for the Fujifilm GFX 50S. This update can be downloaded here and includes a pair of particularly big updates. The first is the addition of focus bracketing. This update allows you to capture up to 999 frames at a specified focus shift -- on a scale of 1 to 10 -- which should make focus stacking during post-processing much easier. You can adjust frames, step and interval for this mode, which has been added to the Drive menu. As a GFX user who regularly focus stacks landscape shots, I am very excited to try this new feature out. Look for a Caffeine Priority piece about this soon. The second big addition is a "35mm Format Mode." This mode enables the camera to be used with the central 36.0 x 24.0 millimeter portion of the sensor. This will crop both JPEG and RAW files down to a 30.5-megapixel final image. This allows for easier usability with 35mm format adapters and allows for automatic detection when a supported adapter is attached to the GFX.

For more details on each of the two new additions, click here to read Fujifilm's new Features Guide for version 3.0.