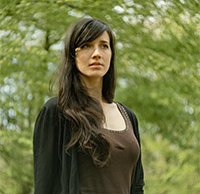 Photographer Mathieu Stern is well-known for his videos showcasing odd and unusual lenses. His new video is about a particularly rare lens, the Prototype Helios-65. This lens was produced in Kiev in 1965 and it features an unusual mount, for which there is no commercially-available adapter.

Stern acquired the lens and found a way to 3D print an adapter for it. A similar lens, the Helios 44-2, is known for its swirly bokeh, so Stern was curious to try the Helios-65. Find out what he thinks of the old lens in the video below. To view the image files seen in the video, click here.