OnSet with Daniel Norton: How to set up LED lights for both still images and video 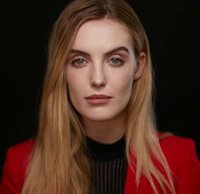 Traditionally, photographers have used strobes to light still images. They're powerful and consistent, but they're not a constant light source so they cannot be used for video. As video becomes a more important part of the modern photographer's workflow, people have been looking at different light sources, ones which are more versatile than strobes and can work for stills and video.

In the newest episode of Adorama's OnSet, photographer Daniel Norton shows off how to create a lighting setup which works for both still images and video content. He is using Litepanels, which are 105-watt LED light panels. LED lighting technology has improved a lot in the last few years, allowing for powerful, consistent and energy-efficient lighting in a studio environment. For more videos from Norton, be sure to visit Adorama's YouTube channel.